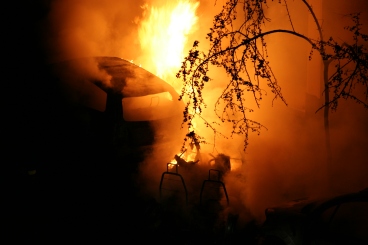 I glanced at my cell phone, pleased to see it was our youngest daughter. “I need some advice,” she said.   My heart fluttered just a bit as I put the phone on speaker so my husband could listen too. My fears were quickly dispelled when she said she’d been offered another job, in another city. We listened as she explained the situation, giving us the pros and cons to leaving or staying in her current position.

“It’s a good opportunity,” she said.

“But?” My husband responded.

Those were all good and valid reasons to keep her there. “But what do you sense God saying?” he asked.

My daughter was quiet for a moment. “I think He wants me to stay,” she said. “So I guess it’s a no brainer. I’m staying put.”

There’s a story in the Bible, in Genesis 18, about a family that had to decide weather to leave or stay.  It’s a well known story about the destruction of a city and the warning God gave to that family. He sent three angels to tell them to leave. Some of them refused to go. Lot and his wife and two daughters left only when the angels took them by the hand and led them out of the city.

It made me wonder why they hesitated. It’s hard to know what was in their minds, but I’m thinking their prosperity in that place was probably a big factor. Lot and his family had become comfortable where they were, in spite of the fact that the city was so full of evil God wanted to destroy it.

That begs another question. How could a “righteous man” be comfortable in such a place? No doubt Lot’s life was full of testing and compromise. You can’t live in the midst of evil and not be affected by it. Yet he was reluctant to leave. Was it fear of the unknown? Was it doubt that God would really destroy the city? Or doubt that He would really take care of them if they left? Or was it simply that he liked where he was too much to leave.

It’s a frightening thing to think that we would like living in a place of sin but sadly, we all do. We like our “momentary pleasures.” We like our secret fantasies and those things that taste sweet in our mouths. We like our sin too much to leave it.

But God is faithful. He will lead us out of it, if we let Him. Staying where we are will lead to death – the death of spiritual life. Moving forward in obedience, in repentance, is the only thing that will lead to life.

What’s holding you back?

“By faith Abraham, when called to go to a place he would later receive as his inheritance, obeyed and went, even though he did not know where he was going” (Hebrews 11:8).