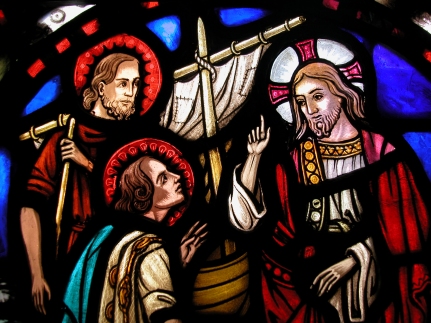 I hit send and sighed. This first draft of the first act of my new play didn’t come easily and I wasn’t happy with what I’d produced. I knew there was something wrong but couldn’t put my finger on what it was that left me wanting to drag the document into the trash. I thought about doing just that for the next few days as I watched my inbox with trepidation, believing my instructor’s comments would not make me happy. When her critique arrived I sighed again and hit open.

As usual, the instructor was frank about her thoughts and didn’t hold back the criticism. But there were things she liked so I was encouraged. Then I got to the part that I knew wasn’t right. And I started to smile. My instructor didn’t mince words but they were words I wanted to hear – words that clarified why the lines weren’t working, words that made me want to jump right back in and get to work on it again. They were words that made me glad I hadn’t dragged the document into the trash. And I was thankful.

The problem? My instructor expressed it this way – “It’s your characters telling us what to make of that moment that begins to feel like the playwright “telling us” what to think and feel, instead of trusting the moment and the image to speak for themselves. I like to think that I am called to plant the image, the debate, the relationship and I let the Holy Spirit do the rest. People love to figure things out for themselves. I think this is why Jesus spoke in obscure parables and resisted explaining right away. It’s a holy practice – to ponder.”

Yes! That was it exactly. I had simply gone too far, said too much, given too many answers instead of leaving the questions to be pondered.

And I wondered, do I do this when I’m talking with people who don’t know my Jesus? Do I go too far in trying to lead them to Him? I thought about the time when I came to Christ, a tumultuous time in my life when I desperately needed answers but did not want to hear them. I thought about my brother, simply saying, “God bless,” every time he left my home. Those two words tolled like a bell. He didn’t have to preach at me. The Holy Spirit was quite capable of making those two words do their work in my heart and my life.

“A holy practice, to ponder.” Yes. And another holy practice – to write sparingly, allowing the Holy Spirit room there, too.

“Writing is not like painting where you add. It is not what you put on the canvas that the reader sees. Writing is more like a sculpture where you remove, you eliminate in order to make the work visible.” (Elie Wiesel, author of Night)

Marcia Lee Laycock writes from central Alberta Canada where she is a pastor’s wife and mother of three adult daughters. She was the winner of The Best New Canadian Christian Author Award for her novel, One Smooth Stone. The sequel, A Tumbled Stone was short listed in The Word Awards. Marcia also has three devotional books in print and has contributed to several anthologies. Her work has been endorsed by Sigmund Brouwer, Janette Oke, Phil Callaway and Mark Buchanan.

4 thoughts on “Going Too Far”